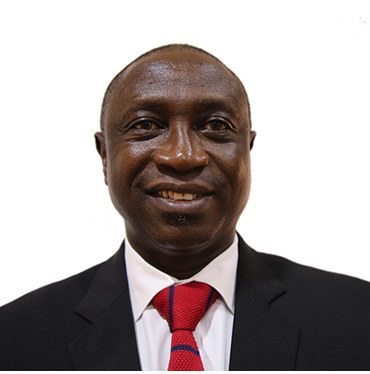 Mr. Yunana Jackdell Malo is the Director, Industries and Services Sector Department of the Bureau of Public Enterprises

Born on September 10, 1964, to Wash Zakka Malo Kwarsen and Kah’ Rifkatu Utash Malo in Bokkos District of the then Pankshin Division of Plateau State, Yunana attended the Local Education Authority (LEA) primary school, Bokkos between 1971 and 1975. He was a pioneer student at the Government Secondary School, Mbar from 1975 to 1980 and attended the Federal School of Arts and Science, Victoria Island, Lagos before proceeding to the University of Jos, where he obtained a Bachelor of Science Degree and Master of Science Degree in Economics. He is currently a Doctoral student with the University of Jos.

Before joining the Bureau in 1993, he worked as lecturer in the Department of Economics at University of Jos between 1989 and 1992. Mr. Yunana’s main responsibilities in that capacity included Lecturing, Research work, Assisting Senior Lecturers with Tutorials, and other duties assigned by the Head of Department.

He joined the Bureau (then, Technical Committee on Privatisation and Commercialisation-TCPC) in June 1993. He anchored the committee work that produced the Nigerian National Petroleum Policy. He was involved in the reform work of the telecommunication sector and the several attempts to privatise NITEL, as well as its eventual liquidation. He also served as Special Assistant to three former Directors General of the Bureau. Over the years, Mr. Yunana has served the Bureau in various capacities and actively participated in several sector reform processes as he rose to his current rank of Director, Industries & Services Department as follows:

He is a recipient of several awards and certificates of honor amongst which are: