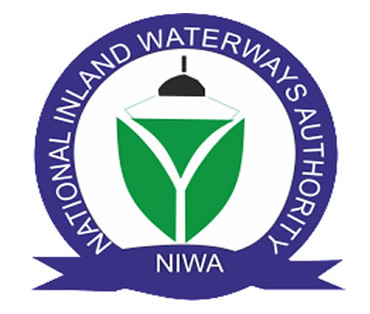 NIWA was formerly the Inland Waterways Department (IWD), which was the oldest Operational Department in the Ministry of Transport from 1956 up to late 1997. It is a statutory body, 100% owned by the Federal Government of Nigeria as a parastatal under the Federal Ministry of Transport. NIWA was established through Decree No. 13 of 1997 and commenced operations fully in 1998.

The Authority has 10 Area Offices and a Liaison Office at the following locations: –

The major business activities of NIWA include the following: –

–     Improvement and development of the Inland Waterways for Navigation.

–     Provision of an alternative mode of transportation for evacuation of economic goods and persons.

–     Execution of the objectives of the National Transport Policy as they concern NIWA.

–     Operation of ferry services within the inland waterways system.

–     Undertaking of hydrological and hydrographical survey.

–     Approval and control of all jetties and dockyards.

The establishment of NIWA is a recent development. A draft transport policy is being prepared and has already taken its establishment into cognisance. The Authority has the following regulatory functions that include:

–     Issuance and control of licenses for inland navigation, piers, jetties and dockyards;

–     Approval of designs and construction of inland river crafts.

With inland navigable waterways of about 3,000km and an extensive coastland of about 852km, Nigeria has a great potential in the movement of goods from the coast to the hinterland by water transport. The country’s waterways centre on the Rivers Niger and Benue dissect Nigeria into east, west, and north sections. The two rivers run into each other at Lokoja and flow into the Atlantic Ocean. The coastal waterways extend from Badagry through Warri to Calabar.

The Nigerian inland waterways have great potentials. The areas adjacent to the rivers are major agricultural areas. Agricultural products from the middle belt areas can be transported to the delta areas through the waterways and verse versa. The importation of raw materials through the ports in the delta areas for use at the Ajaokuta Steel Complex, which is a major industrial center on the Niger, will benefit from the importation and export of cargo movement by the waterways.

The proposed divestiture plan is to concession the activities of the Authority according to international best practices while it is left with regulatory functions such as issuing and controlling of licenses, carrying out hydrological surveys, and collecting taxes from private operators etc as enshrined in the Decree establishing it. With the injection of adequate capital and good management via the concession, NIWA will become more attractive for possible, eventual sale to a core investor.

Performance of The Enterprise

Despite these prospects, the use of this transport mode has declined over the past three decades due several physical and operational constraints.

The physical constraints include:

–     High rate of sediment build up along the channel.

The operational constraints include:

–     Eliminate the physical constraints to navigation in the country’s waterways;

–     Promote pricing policies that will shift traffic to the inland waterways

–     Restructure the National Inland Waterways Authority (NIWA) – the government agency charged with the responsibility of managing the waterways – to give ample opportunity for private sector participation in the management and operations of the waterways.

NIWA depends almost entirely on government grants. It is barely able to generate 20% of its required funding. Some of these functions e.g. transport-operating function, could in fact be performed better by private entrepreneurs. Already government’s subventions are dwindling and NIWA is unable to fully execute its various functions. This situation calls for a policy review. It is government’s policy objective to restructure NIWA, the apex management body of Nigeria’s waterways, and to attract private sector involvement in its activities. The ultimate goal is to revive the waterways transport system and make it contribute to the national development objectives of the Federal Government.

Since its inception NIWA had not been running as efficiently and effectively as it was set up to. Below is a 5-year financial summary of the Authority’s activities: